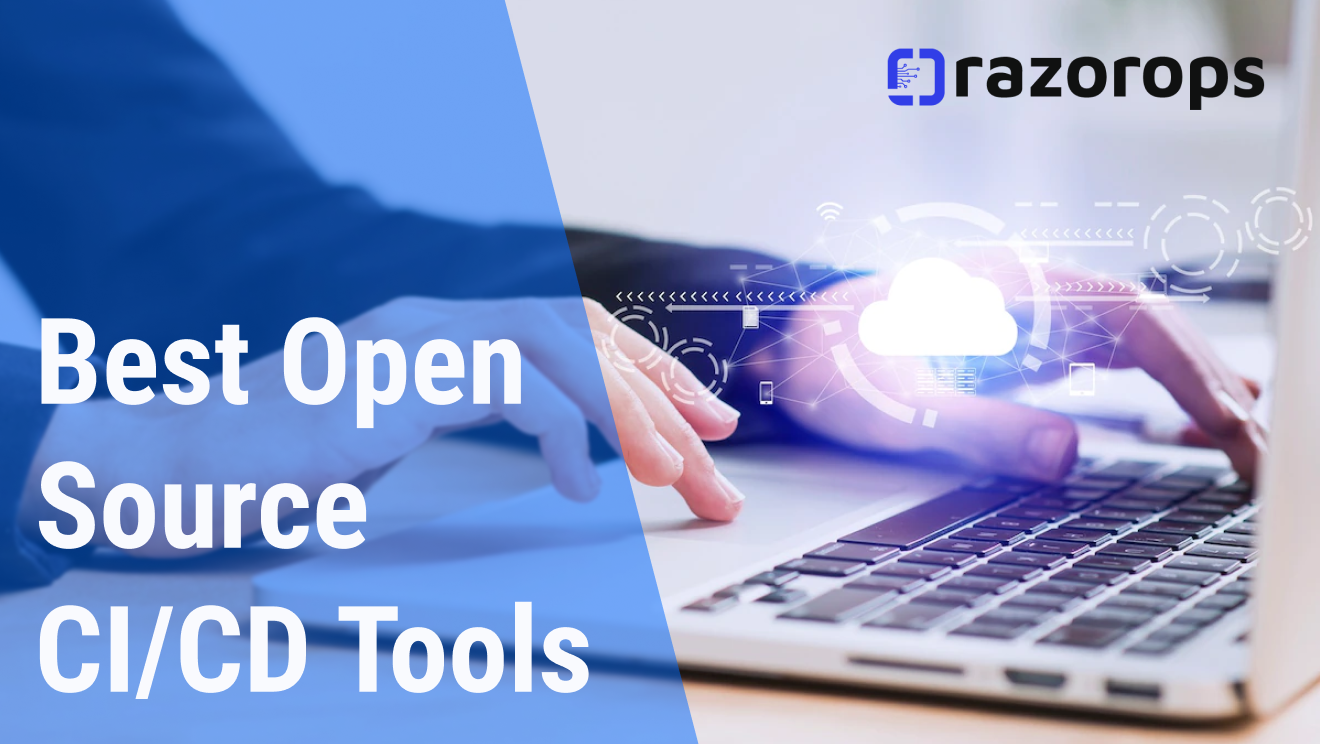 Software development and the DevOps lifecycle now requires continuous integration and delivery, also referred to as CI/CD. To help users automate the steps between a developer checking in code and releasing that code into production, open source CI/CD solutions are created.

What is CI/CD Workflow?

A series of steps in the software development and release process can be referred to as the CI/CD workflow. The pipeline shows a sequence from development to production that includes numerous steps, including code compilation, unit testing, packaging, and deployment. Before releasing a new software version, the four primary stages of the CI/CD pipeline—source, build, test, and deploy—must be finished.

Developers can quickly find and fix defects with the CI/CD approach, leading to quicker and higher-quality releases.

Jenkins is a Java-based, open-source application that primarily enables users to carry out continuous integration activities. For real-time testing and reporting on specific changes in a broader codebase, it ranks among the top Continuous Integration systems. Your software projects are created and tested using Jenkins, which makes it simpler for developers to often integrate changes and for users to get a new build. Additionally, it helps developers automate build testing and find and fix bugs in their software quickly.

Windows, macOS, and Linux are among the operating systems that Jenkins is quite compatible with. Jenkins can be downloaded for free from the official website since it is open-source.

GitLab is a free CI/CD platform that can be used to manage many phases of the software development lifecycle. The main offering is a Git repository manager for the web that has a Wiki, analytics, and issue tracking tools. GitLab gives developers the ability to start builds, launch tests, and deploy code with each commit or push. GitLab provides developers with a distributed version control system from which to generate, develop, and manage code and project data, enabling rapid iteration and the delivery of commercial value.

Operating platforms including Windows, macOS, and Linux are all very compatible with GitLab.

Razorops is a fast and modern Continuous Integration and Delivery (CI/CD) platform focused on containers which helps software teams to build, test and release applications quickly.

With Razorops, you don’t need to provision, manage, and scale your own build servers. It scales continuously and processes multiple builds concurrently, so your builds are not left waiting in a queue. You can get started quickly by using public or private docker images or you can create custom build environments that use your own build tools.

Buddy is a CI/CD tool with an easy-to-use UI that streamlines automation and delivery. Utilizing delivery pipelines made up of more than 100 ready-to-use activities that may be put together in any way, it develops, tests, and delivers applications. Buddy can also use the code from GitHub, Bitbucket, and GitLab to build, test, and deploy websites and applications. Users may drag and drop activities to create delivery pipelines like a DevOps expert thanks to Buddy’s fully interactive user interface.

CircleCI is a continuous integration and delivery platform that enables development teams to automate the build, test, and deployment processes and release code more quickly. With caching, docker layer caching, resource classes, and other features, CircleCI can be set up to efficiently run quite complex pipelines. Every code causes CircleCI to start jobs after GitHub or Bitbucket repositories are authorised and added as projects to circleci.com. Following the completion of the tests, CircleCI additionally sends an email indicating success or failure.

You learnt about the CI/CD workflow, the advantages of CI/CD, and the top open source CI/CD tools for 2022 in this post. Four CI/CD tools were the main focus of this explanation. There are other alternative open-source CI/CD solutions with appealing features nevertheless. To practise continuous integration and continuous delivery processes, you might investigate and learn about alternative CI/CD systems.