Continuous Integration(CI) is a software development practice where developers frequently merge the code and the changes in a central repository. The important goals of continuous integration is to find and resolve the bugs more quicker, improve the software quality, and reduce the time taken to validate and release new software updates. Continuous Delivery(CD), which is done on the top of Continuous Integration and includes the practice of automating the entire software release process and builds.

WHAT IS CI/CD PIPELINE?

CI/CD pipeline is a series of steps that include all the stages from the beginning of the CI/CD process and it is responsible for creating an automated and seamless software delivery process. With a CI/CD pipeline, a software release artifact can move and progress through the pipeline right from the code check-in stage through the builds, tests, and different deployment stages.

A CI/CD pipeline consists of a series of sub-processes that can be classified into two major categories – Continuous Integration and Continuous Delivery. 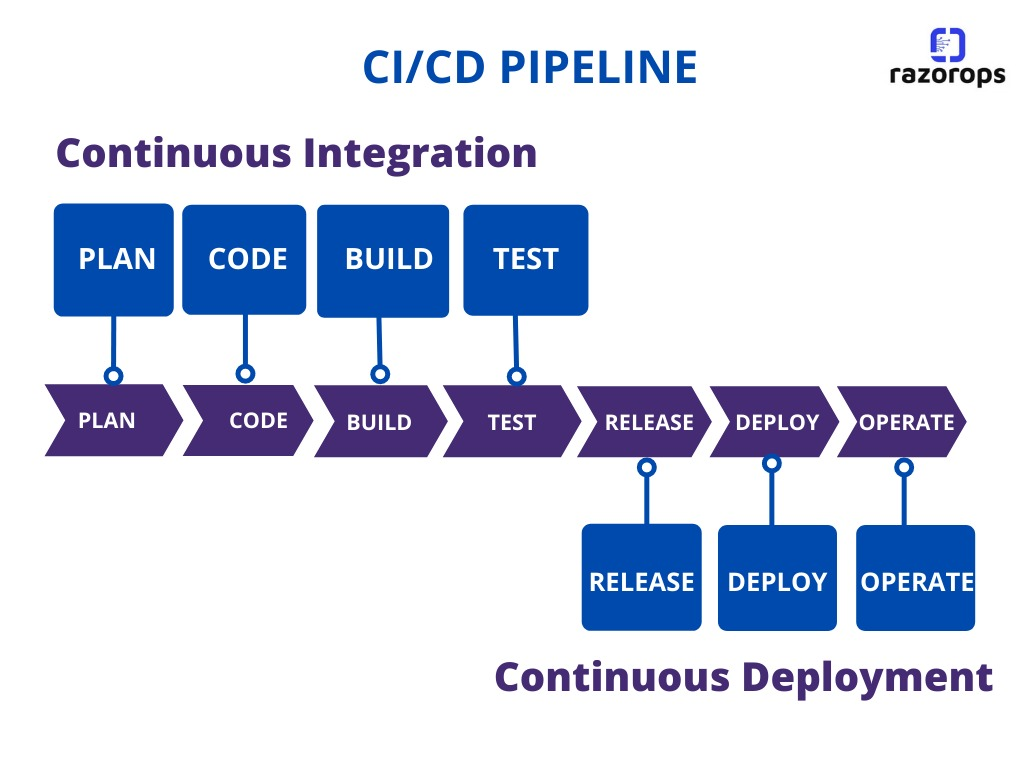 A CI/CD pipeline can be classified further into four main stages:

1. Source: An organization stores application codes in a centralized repository system to carry the versioning, tracking changes, collaborating, and auditing, as well as to ensure security and maintain control of the source code. We can consider it the baseline unit of the CI phase.

2. Build: This is the most important stage of application development, and when this is completely automated, it allows the developer team to test and build their release multiple times a day. The build artifacts can be stored into an artifact repository and then deployed to the environments.The main advantage of using an artifact repository is that they make it possible to go back to a previous version of the build, if that’s ever necessary.

3. Testing: Automated tests play a crucial role in any application development-deployment cycle. The automated tests can be broken down into three categories:

A CI/CD pipeline automates the software delivery process. The pipeline builds the code, runs tests (CI), and safely deploys a new version of the application (CD). Automated pipelines will help to remove manual errors, provide systematized feedback loops to developers, and enable fast product iterations and deliverability . Razorops is a CI/CD platform which helps to be 100% operational on a technical level so we can focus on delivering the best product in a short amount of time.With Razorops,there will be very little overhead and