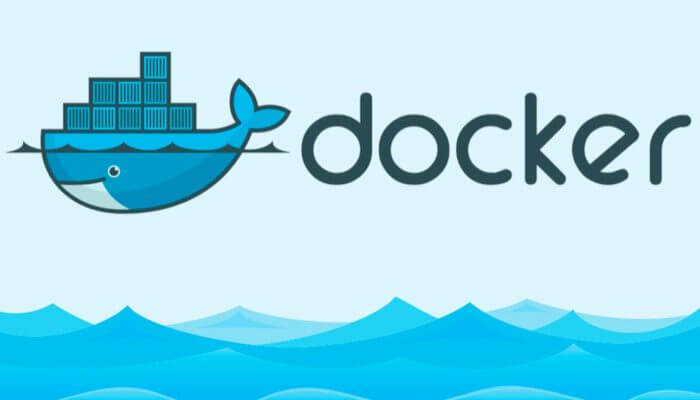 “With Docker, developers can build any app in any language using any toolchain. “Dockerized” apps are completely portable and can run anywhere - colleagues’ OS X and Windows laptops, QA servers running Ubuntu in the cloud, and production data center VMs running Red Hat.

Developers can get going quickly by starting with one of the 13,000+ apps available on Docker Hub. Docker manages and tracks changes and dependencies, making it easier for sysadmins to understand how the apps that developers build work. And with Docker Hub, developers can automate their build pipeline and share artifacts with collaborators through public or private repositories.

The 3.10.x kernel is the minimum requirement for Docker.

If you’re not willing to run a random shell script, please see the installation instructions for your distribution.

If you are a complete Docker newbie, you should follow the series of tutorials now.

Once you’ve installed Docker Community Edition, click the docker icon in Launchpad. Then start up a container:

That’s it, you have a running Docker container.

If you are a complete Docker newbie, you should probably follow the series of tutorials now.

It is very important that you always know the current version of Docker you are currently running on at any point in time. This is very helpful because you get to know what features are compatible with what you have running. This is also important because you know what containers to run from the docker store when you are trying to get template containers. That said let see how to know which version of docker we have running currently.

Get the server version:

Containers are to Virtual Machines as threads are to processes. Or you can think of them as chroots on steroids.

Normally if you run a container without options it will start and stop immediately, if you want keep it running you can use the command, docker run -td container_id this will use the option -t that will allocate a pseudo-TTY session and -d that will detach automatically the container (run container in background and print container ID).

If you want a transient container, docker run --rm will remove the container after it stops.

If you want to map a directory on the host to a docker container, docker run -v $HOSTDIR:$DOCKERDIR.

If you want to remove also the volumes associated with the container, the deletion of the container must include the -v switch like in docker rm -v.

There’s also a logging driver available for individual containers in docker 1.10. To run docker with a custom log driver (i.e., to syslog), use docker run --log-driver=syslog.

Another useful option is docker run --name yourname docker_image because when you specify the --name inside the run command this will allow you to start and stop a container by calling it with the name the you specified when you created it.

If you want to detach from a running container, use Ctrl + p, Ctrl + q. If you want to integrate a container with a host process manager, start the daemon with -r=false then use docker start -a.

If you want to expose container ports through the host, see the exposing ports section.

You can limit CPU, either using a percentage of all CPUs, or by using specific cores.

You can also only use some CPU cores using cpuset-cpus.

Note that Docker can still see all of the CPUs inside the container – it just isn’t using all of them.

You can also set memory constraints on Docker:

Linux capabilities can be set by using cap-add and cap-drop. See https://docs.docker.com/engine/reference/run/#runtime-privilege-and-linux-capabilities for details. This should be used for greater security.

To mount a FUSE based filesystem, you need to combine both –cap-add and –device:

docker stats --all shows a list of all containers, default shows just running.

It is very important that you always know the current version of Docker you are currently running on at any point in time.This is very helpful because you get to know what features are compatible with what you have running. This is also important because you know what containers to run from the docker store when you are trying to get template containers. That said let see how to know what version of docker we have running currently

While you can use the docker rmi command to remove specific images, there’s a tool called docker-gc that will safely clean up images that are no longer used by any containers. As of docker 1.13, docker image prune is also available for removing unused images. See Prune.

Load an image from file:

Save an existing image:

Import a container as an image from file:

Docker has a networks feature. Not much is known about it, so this is a good place to expand the cheat sheet. There is a note saying that it’s a good way to configure docker containers to talk to each other without using ports. See working with networks for more details.

You can specify a specific IP address for a container

A repository is a hosted collection of tagged images that together create the file system for a container.

A registry is a host – a server that stores repositories and provides an HTTP API for managing the uploading and downloading of repositories.

Docker.com hosts its own index to a central registry which contains a large number of repositories. Having said that, the central docker registry does not do a good job of verifying images and should be avoided if you’re worried about security.

You can run a local registry by using the docker distribution project and looking at the local deploy instructions.

The configuration file. Sets up a Docker container when you run docker build on it. Vastly preferable to docker commit.

Here are some common text editors and their syntax highlighting modules you could use to create Dockerfiles:

The versioned filesystem in Docker is based on layers. They’re like git commits or changesets for filesystems.

Links are how Docker containers talk to each other through TCP/IP ports.

This has been deprecated to some extent by user-defined networks.

NOTE: If you want containers to ONLY communicate with each other through links, start the docker daemon with -icc=false to disable inter process communication.

If you have a container with the name CONTAINER (specified by docker run --name CONTAINER) and in the Dockerfile, it has an exposed port:

Then if we create another container called LINKED like so:

Then the exposed ports and aliases of CONTAINER will show up in LINKED with the following environment variables:

And you can connect to it that way.

Generally, linking between docker services is a subset of “service discovery”, a big problem if you’re planning to use Docker at scale in production. Please read The Docker Ecosystem: Service Discovery and Distributed Configuration Stores for more info.

Volumes are useful in situations where you can’t use links (which are TCP/IP only). For instance, if you need to have two docker instances communicate by leaving stuff on the filesystem.

You can mount them in several docker containers at once, using docker run --volumes-from.

You can map MacOS host directories as docker volumes:

You can use remote NFS volumes if you’re feeling brave.

You may also consider running data-only containers as described here to provide some data portability.

Be aware that you can mount files as volumes.

Exposing incoming ports through the host container is fiddly but doable.

This is done by mapping the container port to the host port (only using localhost interface) using -p:

You can tell Docker that the container listens on the specified network ports at runtime by using EXPOSE:

Note that EXPOSE does not expose the port itself – only -p will do that. To expose the container’s port on your localhost’s port:

If you’re running Docker in Virtualbox, you then need to forward the port there as well, using forwarded_port. Define a range of ports in your Vagrantfile like this so you can dynamically map them:

If you forget what you mapped the port to on the host container, use docker port to show it:

This is where security tips about Docker go. The Docker security page goes into more detail.

First things first: Docker runs as root. If you are in the docker group, you effectively have root access. If you expose the docker unix socket to a container, you are giving the container root access to the host.

Docker should not be your only defense. You should secure and harden it.

For an understanding of what containers leave exposed, you should read Understanding and Hardening Linux Containers by Aaron Grattafiori. This is a complete and comprehensive guide to the issues involved with containers, with a plethora of links and footnotes leading on to yet more useful content. The security tips following are useful if you’ve already hardened containers in the past, but are not a substitute for understanding.

For greatest security, you want to run Docker inside a virtual machine. This is straight from the Docker Security Team Lead – slides / notes. Then, run with AppArmor / seccomp / SELinux / grsec etc to limit the container permissions. See the Docker security features for more details.

Docker image ids are sensitive information and should not be exposed to the outside world. Treat them like passwords.

See the Docker Security Cheat Sheet by Thomas Sjögren: some good stuff about container hardening in there.

You should start off by using a kernel with unstable patches for grsecurity / pax compiled in, such as Alpine Linux. If you are using grsecurity in production, you should spring for commercial support for the stable patches, same as you would do for RedHat. It’s $200 a month, which is nothing to your devops budget.

Since docker 1.11 you can easily limit the number of active processes running inside a container to prevent fork bombs. This requires a linux kernel >= 4.3 with CGROUP_PIDS=y to be in the kernel configuration.

Also available since docker 1.11 is the ability to prevent processes from gaining new privileges. This feature have been in the linux kernel since version 3.5. You can read more about it in this blog post.

From the Docker Security Cheat Sheet (it’s in PDF which makes it hard to use, so copying below) by Container Solutions:

Turn off interprocess communication with:

Set the container to be read-only:

Verify images with a hashsum:

Set volumes to be read only:

Define and run a user in your Dockerfile so you don’t run as root inside the container:

The Docker roadmap talks about seccomp support.{:target=”_blank”} There is an AppArmor policy generator called bane, and they’re working on security profiles.

The new Data Management Commands have landed as of Docker 1.13:

or with jq installed:

or when building an image from Dockerfile, when you want to pass in a build argument:

In 1.9.0, the filter dangling=false does not work - it is ignored and will list all volumes.

This should be done in the same layer as other apt commands. Otherwise, the previous layers still persist the original information and your images will still be fat.

To check the CPU, memory, and network I/O usage of a single container, you can use:

For all containers listed by id:

For all containers listed by name:

For all containers listed by image:

Remove container by a regular expression:

Volumes can be files

Be aware that you can mount files as volumes. For example you can inject a configuration file like this: